"Another unweighed 32" fish CPR'd in August.  This fish was sight casted in less than a foot of water". 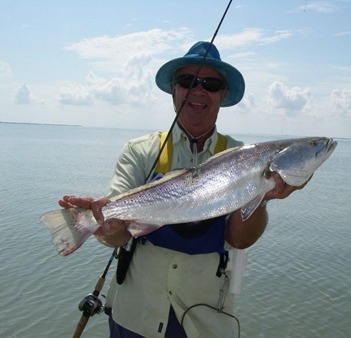 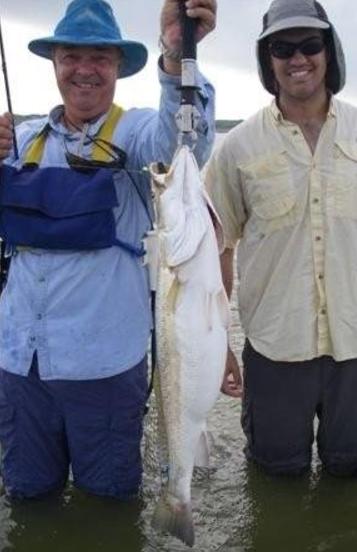 A photo taken of the author and his oldest grandson. This trout was caught in April, 2012, she was 32 inches and weighed 11.1 pounds. The fish was CPR'd (caught, photographed and released).

L. Scott Murray has a keen interest and deep appreciation for our Texas bays and the “critters” that live there.

He has lived his entire life on the Texas coast and has dedicated a substantial amount of time towards the study and conservation of our estuarine habitats and sports fisheries.

During his professional career he earned business management certifications from Texas A&M University, Baylor University and the University of Michigan.

He has worked as a marine biologist and served in numerous conservation and environmental capacities such as the Governor’s Advisory Committee on Texas Coastal Zone Management, Coastal Conservation Association State Executive Board and Corpus Christi Chapter, Coastal Bend Bays Foundation, Nature Conservancy Coastal Bend Advisory Board, and the Texas Parks and Wildlife Department Spotted Seatrout and Flounder Work Groups.

Scott has been an avid student of the Upper Laguna Madre and Baffin Bay for more than fifty years. He enjoys building custom wooden fishing lures designed exclusively for catching big trout. He is passionate about trout conservation and his vision of a world class trout fishery in Texas.